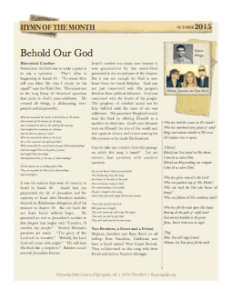 Rhetorical Comfort
Sometimes, the best way to make a point is to ask a question. That’s what is happening in Isaiah 40. “To whom then will you liken Me that I would be his equal?” says the Holy One. This is just one in the long litany of rhetorical questions that point to God’s omni-attributes. He created all things, is all-knowing, ever-present and all-powerful.

Who has measured the waters in the hollow of His hand,
And marked off the heavens by the span,
And calculated the dust of the earth by the measure,
And weighed the mountains in a balance
And the hills in a pair of scales?
Who has directed the Spirit of the Lord,
Or as His counselor has informed Him?
With whom did He consult and who gave Him understanding?
And who taught Him in the path of justice
and taught Him knowledge
And informed Him of the way of understanding?
…
All the nations are as nothing before Him,
They are regarded by Him as less than nothing
and meaningless.

It was the nations that were of concern to Israel in Isaiah 40. Isaiah had just prophesied the fall of Jerusalem and the captivity of Israel after Hezekiah foolishly showed the Babylonian delegation all of his treasure in chapter 39. But the Lord did not leave Israel without hope. He promised an end to Jerusalem’s warfare in this chapter that begins with “Comfort, O comfort my people.” Several Messianic promises are made. “The glory of the Lord will be revealed.” “Behold, the Lord God will come with might.” “He will tend His flock like a shepherd.” Babylon would not rule Jerusalem forever.

Israel’s comfort was made sure because it was guaranteed by the omni-God presented in the second part of the chapter. But it was not enough for God to save Israel from the literal Babylon. God was not just concerned with His people’s freedom from political influence. God was concerned with the hearts of his people. The prophesy of comfort would not be fully fulfilled until the issue of sin was addressed. His promised Shepherd would tend the flock by offering Himself as a sacrifice for their sins. God’s own Messiah took on Himself the sins of the world and rose again in victory and is now waiting for His enemies to be made His footstool.

Can we take any comfort from this passage on which this song is based? Let me answer that question with another question.

Do you not know? Have you not heard?
The Everlasting God, the Lord,
the Creator of the ends of the earth
Does not become weary or tired.
His understanding is inscrutable.
He gives strength to the weary,
And to him who lacks might He increases power.
…
Those who wait for the Lord
Will gain new strength;
They will mount up with wings like eagles,
They will run and not get tired,
They will walk and not become weary.

Two Brothers, a Sister and a Friend
Meghan, Jonathan and Ryan Baird are all siblings from Pasadena, California and have a band named West Coast Revival. They collaborated on this song with their friend and author, Stephen Altorgge.

You can find free sheet music and CDs for sale, on the Sovereign Grace site… Behold Our God. 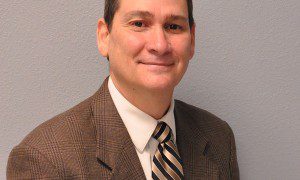 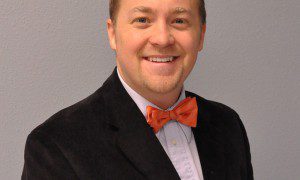 Greg received his B.A. from Moody Bible Institute, his Masters of Divinity and Masters of Theology from The Master’s Seminary in Sun Valley, California. Greg is married to Michelle.